One dominant feature of the area of Ierapetra is the Ha Gorge, in front of the beautiful village and the Minoan settlement of Vassiliki. It is considered to be one of the wildest gorges in Greece, a rare morphological phenomenon of nature, caused only by an endogenous factor, like a tectonic activity. This karst was formed over a large active fault, according to geologists.

Its name was derived from the verb ‘gawp’ (“hasko” in Greek) which means to create a gap, an opening and is also found in other gorges (Havgas, Havgoudi, etc.). An interesting tradition links the name of Ha with the name of the village “Gras”, the current settlement Agios Stefanos. There was a castle in Agios Stefanos, a castle that Saracens tried to conquer. An old woman who was wandering outside the castle fought bravely the Saracens with her sword, until she felt exhausted. She was arrested and asked the secret entrance to conquer the castle. The old woman led them into an underground cave and showed them the pitch-dark entrance. The Saracens ordered the old woman to come down first. Gripping the stones with her two hands, she hung in limbo and slowly began to step down. It was slippery, but she tried to descend as far as possible. She was followed by the Saracens. When they all went down, the old lady screamed “Subpar go out!”. The last one after hearing the roar, left his hands and plunged into the void taking all the others with him. The old lady was also swept off and began laughing as she saw her aim being fulfilled. But the hole had no bottom and was connected to another hole in the Ha gorge. So the local people heard the “Ha, ha, ha” from the old lady coming out of the gorge. Since then, the gorge was named Ha. Another tradition interprets differently the history of the gorge. A shepherd was driving a pair of oxen from Pachia Ammos to his threshing floor. When the oxen went by the mouth of the gorge, they felt tired and sat on the ground. The shepherd started shouting Ha…Ha … in order to make the animals stand up. His voice echoed in the gorge, ‘ha’ was heard from thousands of mouths and after that the local people named the gorge “Ha”.

We could say that it remains a virgin habitat, untouched by man, since its settings prohibits anyone from exploring or crossing it. The very first who attempt to cross it in 1987 were three climbers from Thessaloniki, experienced and adventurous, Stavros Lazaridis, Vlassis Hatzipanagiotou, Chronis Amatzidis and it took them seven days. Today the gorge is insured and is a heavenly destination for canyoning. The gorge has about 33 rappels, the largest is 35 meters high. At some points the walls come very close, just a few centimeters, which makes the gorge special. In the last third of the gorge, a waterfall of 215 meters height is poured, which increases the amount of water in the gorge. Usually, up to that point Ha is dry and thereafter has large amounts of water. The waterfall is the highest in Greece and is located at the end of Mastoras sub-gorge.

The entrance of the gorge is very narrow, about 3 m and opens on the top. Its width in many parts is only 30 cm and in others no more than 3 m. To the left and right stand huge stone walls 200 m to 400m high.

Right before the (bottom) entrance there is a pond, created by a small waterfall, that is created by another lake above, not visible from the root of the gorge.  You can marvel at it once you climb a few rocks carefully, at the left side of the opening. The intense parallel colours on the rocks are impressive, too. Inside you can see many such small ponds and waterfalls, especially in the wintertime. It is the best time to visit the gorge and try canoying. Approaching the gorge you are filled with awe. Huge rocks, cut in square or rectangle blocks rise majestically and shadow the small valley that lies before them.

Near Ha, there are some ruins of old stone watermills, monuments of a bygone era. A legend says that in the bowels of chaos, in the heart of Ha, is buried a golden chariot, drawn by golden horses. Its ropes are gold and its ornaments are made of diamonds. They sparkle so much in the sun that if an audacious man from Crete would discover the golden chariot, Crete will be dazzled. For someone to reach this point, it is necessary to be tied with ropes and slip into the rock. 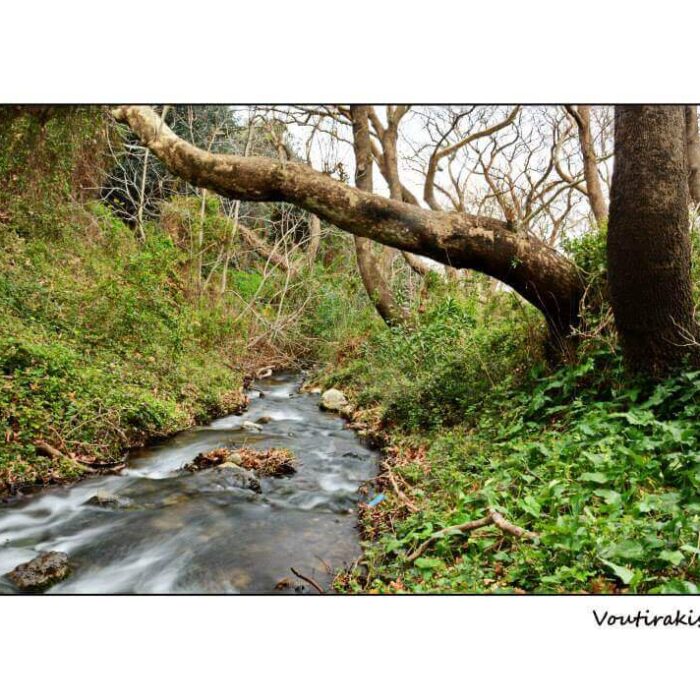 GORGE OF THE DEATH 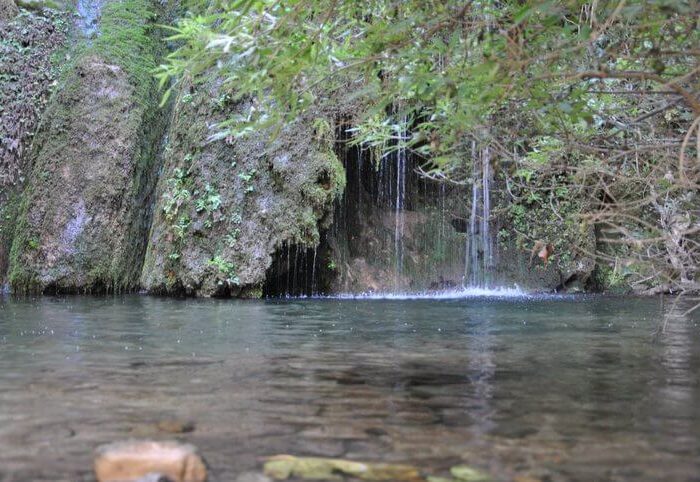